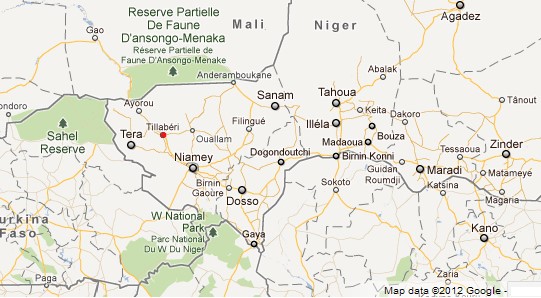 For the past 25 years an American has been providing humanitarian aid to some of the poorest people in Niger. This American has devoted his life to assisting the poor in Niger. Niger has seen an influx of refugees seeking to escape terrorists in Nigeria and Mali. Thousands of individuals have fled Nigeria and the Boko Haram ending up as refugees in Niger. The same has happened in Mali where thousands have fled Al-Qaeda in the Islamic Mahgreb and Al-Mourabitoun for the safety of Niger.

Recently, Jeff Woodke, an American had been working with Tuareg and Fulani nomads in Niger. But on Friday gunmen on a motorcycle arrived at Woodke’s compound in Abalak. The terrorist killed Woodke’s compound caretaker Almajoub Al-Kassoum and his security guard Mahamoud Youssouf before seizing him. This was not a random act but a coordinated planned effort to kidnap an American.

Clearly worried Woodke might have a tracking device on his person, a second team of kidnappers stripped him and placed him in a white Toyota Hilux which headed in the direction of Mali. A Niger government official stated that the terrorists had crossed the Malian border headed towards the Menaka Region of Mali.

Movement for Oneness and Jihad in West Africa (MUJAO) 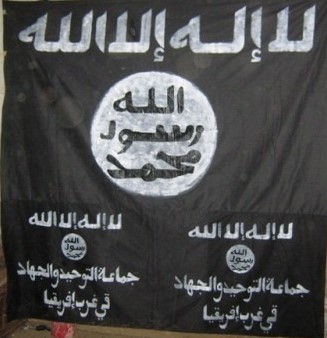 In October 2011, Hamad al Khairy, Ahmed el-Tilemsi and Sultan Ould Badi created the Movement for Oneness and Jihad in West Africa (MUJAO), breaking from Al-Qaeda in the Islamic Mahgreb (AQIM).  The terrorist group wasted no time kidnapping three European Aid workers in western Algeria on October 23, 2011. Two Spanish citizens and one Italian were seized from the Tindouf refugee camp. The three Europeans were exchanged in July 2012 for three jihadists being held by Mauritania. In 2012, MUJAO, AQIM and Ansar al-Dine seized the Malian cities of Timbuktu, Kidal and Gao. In April 2012, the MUJAO seized the Algerian Consulate in Gao and kidnapped 7 Algerian Diplomats. After a period of time the terrorist executed Taber Touati, the Algerian Vice Consul. Three of the other diplomats were released.

The goal of the MUJAO is to impose sharia law across West Africa. But the currency of the terrorist group has been kidnappings. In August 2013, Mokhtar Belmokhtar merged his “Those Who Sign in Blood Brigade” with MUJAO to form al-Morabitoun (The Sentinels).  This terrorist group has conducted suicide bombings, kidnappings, attacked military, police facilities, and refugee camps. The Sahel Region of Niger and Mali is unsafe because of terrorist groups like Boko Haram, AQIM, Ansar al-Dine and al-Morabitoun.

Just yesterday terrorists sought to break out inmates from Niger’s high security Koutoukale Prison.  The attackers arrived once again on motorcycles and attacked the front gate of the prison riddling the columns at the front gate with bullet holes. The high security prison about 30 miles northwest of Niamey houses over 500 inmates including a large number of Boko Haram, Al-Qaeda in the Islamic Mahgreb and other jihadists. One of the attackers was killed during the firefight and no prisoners were freed. Unlike other terrorist attempts to free comrades and other likeminded jihadists these terrorists were never able to breach the prison as in Iraq and Afghanistan prison breaks. We will continue to see violence spill over the border from Mali and Nigeria in the long term until efforts to eradicate terrorists in Mali and Nigeria are successful. Niger’s borders are porous and open to anyone seeking to cross them.

Once again the kidnapping of Jeff Woodke and other internal attacks in Niger should highlight to all that terrorism is a regional problem that knows no borders. Niger will continue to have to deal with terrorist from Mali and Nigeria. Americans overseas in areas bordering conflict will continue to be targeted by Salafist terrorist groups. One hundred and thirty miles across a porous border is not too far for a terrorist group to go to seize an American.